We’re pleased to announce that one of our Write Teachers has written another piece of the amazing website, I AM THAT GIRL. The piece is entitled “Bullying Knows No Bounds”, and discusses the recent events regarding Ms. Karen Klein, the bus monitor that was bullied by a bunch of thirteen year olds in Rochester, New York. Bullying in schools is just getting stronger, (in our opinions), and someone has to put an end to it! With wonderful authors like Elaine Wolf, (the “anti-bullying novelist” and author of CAMP), and the fabulous women at I AM THAT GIRL, hopefully, more people will take an active effort to stop the bullying that is plaguing our schools and culture. 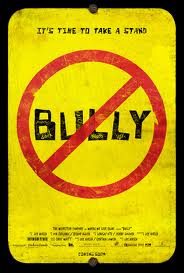 An excerpt of our article:

“You’re a PURPLE DINOSAUR!” The year was 1991. The person behind the voice was a classmate of mine, Eric, just another first grader with a mean streak. What was going on? Bullying. As sweet as youngsters can be, they can also be truly cruel, but let me rewind for a minute.   I have a port wine stain birthmark on my nose.  I actually was born with that same type of birthmark on my cheek as well, but thanks to modern medicine, loving parents, and a fancy laser, I was able to have it removed. But, the birthmark on my nose was not as easy to get rid of, and more laser surgery was needed.  At the time, laser surgery left me with a gigantic purple scab on my face, it wasn’t exactly attractive. But, I wasn’t allowed to miss a week of school just to avoid ridicule. And so, the name purple dinosaur was hurled at me. That was almost twenty years ago, and yet I still remember it. Bullying has hit an all-new high, and it’s just disgusting.  When will it stop, I wonder? What’s the cause of the malicious, evil, horrible behavior towards one another? Is it social media? Facebook? Twitter? YouTube? I mean, it’s easier to hurl an insult to a computer screen rather than staring someone in the eye and calling them all sorts of awful things. As a teacher, I see one too many students get into fights via Facebook and twitter. It’s just horrendous. Just the other day my mother and I were watching the news, and all of a sudden Karen Klein was on my television screen.  Who is Karen Klein you might ask? Well, she’s the 68-year-old grandmother and bus monitor that was bullied by children in Rochester, New York. Yes, I said bullied. Four thirteen-year-old boys apparently had nothing better to do other than terrorize the grandmother of eight on their bus ride. It’s just sick.  They call her fat.   They say she’s disgusting. When she starts crying, they ask her if she’s sweating. It’s absolutely vile. For ten minutes and nine seconds, four middle school students do their best to torture this poor woman.  They make fun of the fact that her son committed suicide. They reach the lowest depths of humanity.  And THEY FILMED IT.

Check out the rest of our article, and all the talent that I AM THAT GIRL has to offer by clicking here.

2 thoughts on “A Write Teacher Feature: “Bullying Knows No Bounds” via I AM THAT GIRL” 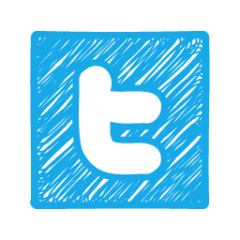 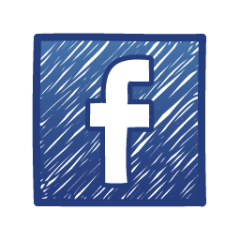