Hello Friends,
The second season of Revenge is on, and we continue to be delighted by the twists and turns of the plot.
Victoria, the soulless vixen who will stop at nothing to get what she wants, is now back among the living.  In episode one, we, the audience know that she’s alive, but the only other people who know of her existence are Charlotte and Emily. When the White Haired Man, played by our good friend James Morrison, challenges her power, her safety, and her plan, she counteracts with a scheme of her own.  She manages to manipulate Conrad into bending to her every command…again.
As he so cleverly remarks, even the devil doesn’t want her.
On a completely different note, the situation of Amanda and Jack’s little love child is on our minds.  In episode two, Amanda asks Emily to intercept the paternity test, and make sure that no matter what, it says that Jack is the father.
Oh. My. Goodness.
How can someone be so manipulative? How can someone start a life of lies with another person? Wouldn’t the knowledge of such deceit plague you for the rest of your life?
But, the plot thickens.  Emily tells Amanda that the paternity test revealed that Jack was NOT the father, and that she had to lie for her.  Amanda is crushed.  The sick part?
Emily lied…
…Jack IS the father.
Ick.  Oh the tangled web we weave.  Why would Emily do such thing? Is she that cold?  If Emily really loves Jack as much as it seems, if she really does care, then shouldn’t she take him into the fold and explain to him what’s going on? Doesn’t he deserve that? Perhaps she’s afraid that he’d choose the fake Amanda over her…
…who knows.  But time will tell…
And, like any good suspense/mystery/drama show, the end of the episode leaves us with a tremendous cliffhanger.  As the WHM attempts to slit Emily’s throat, he is shot.
Yes, shot.
Who shot him? Excellent question, but we’re afraid we do not have the answer as of yet.  All we do know, is that this gentleman was in the board meeting at Grayson Global, so he must be someone of importance.  Friend or foe? Well, that has yet to be determined…
On a side note, the themes explored in this episode make FANTASTIC journal prompts for high school students, here’s a few to get you started: 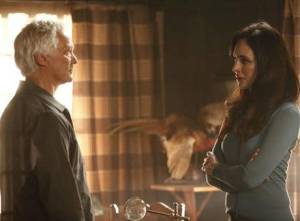 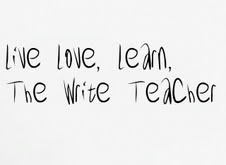 Teachers, artists, writers, students…are you interested in writing with us? Email us today & let’s get this conversation rolling!